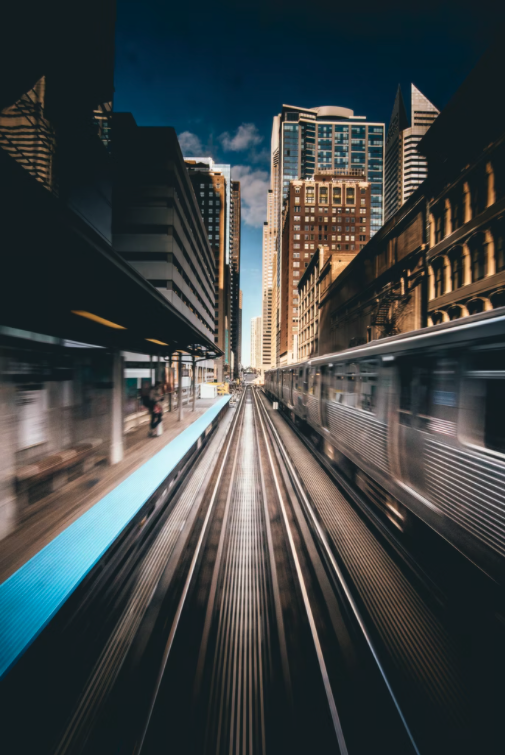 We’ve been busy trying to iron out some of the bugs that many of you noticed with the new site. Here’s hoping we nailed them. I know there are a couple of small features to come but I think we are now at a point where new site > old site.

So here are some things I am hearing and thinking in the world of sports media:

When it was announced that Ray Ferraro was leaving or reducing his regular posts with TSN for the USA network, I thought it would be a HUGE hit to the listener experience. The biggest loss I thought would be on OverDrive. His daily appearances had become a must listen to for the hockey fan regardless of the team(s) you cheer for. Well, this is not a knock on Ray at all, but I can tell you that his shoes are being filled very nicely, thank you very much my Mike Johnson. I am not sure anyone in the sports media business has elevated their game over the years more than Mike has. He brings a completely different level-headed approach to analysis both on TV and radio that has been missing for years. Many talking heads get very animated and are quick to make rash comments or perhaps even say things to rile the audience up.

Case in point. Jeff O’Neil was saying how someone stopped him somewhere and basically said to him that the Leafs are going to need to trade someone like Marner to free up cap space. O’Neil asked Johnson, what he thought. Johnson explained that the Leafs are always going to be a cap team, so you wouldn’t be trading a “star” to free up cap space because any dollar saved would come back in the deal. That’s a good smart answer. Where he hit it out of the park was when he added, the real question worth asking is if this squad can’t advance this year, does the team HAVE to trade one of the top forwards, i.e. Marner to bring in a different dimension. As a result, a pretty interesting debate followed that comment. This isn’t the place you come to for the Marner debate. Johnson brings that to his segments on radio and tv regularly. He is smart, experienced and his profile elevates every day.

What could the future for Mike look like? Well, he is doing some Olympic work with Chris Cuthbert and while I am not watching much of it, I will say that the two of them play off each other REALLY well. I’m asked all the time what the succession plan looks like at hockey night and everyone I talk to shrugs. It’s a bare cupboard right now. Johnson once worked at Rogers, not sure if he would ever go back, but as the NHL deal crawls towards a conclusion with Rogers that’s a name I see playing a prominent role as time goes by.

Last we spoke there had been a massive change at the top of Rogers Sports and media. Jordan Banks left the building if you recall. Sources tell me that Rogers lost $30m overall radio last year. That’s not a good thing for those following along. When you mention the name Colette Watson to anyone in the business you hear the same types of adjectives: Axe, cost-cutting, budget hitter, etc. I am led to believe that changes are likely to come in April. What will those look like? I don’t think anything on-air or audience facing yet. I am led to believe a complete review of the executive management team is well underway. If the changes come look for it to come there.

A couple of things that can make or break things? Maple Leaf and other Canadian team playoff run. Same with the Raptors. A re-opening of the stadiums to fans. People going back to physical jobs in their cards may help; finally, while sources here in the USA tell me not to expect baseball until June, the sooner there is baseball to talk about and watch the better things will be.

I don’t know who is bringing out the best in the other, but the Ben Ennis and Stephen Brunt show is numero uno on the Fan 590. Not sure who put the to of them together but they are really good.

Personality I’d like to hear more from? Ailish Forfar. I think there is real talent there and she has a lot to say. Blake Murphy is solid. Jd Bunkis needs to take a few breathes and stop acting like it’s his show. The best hosts know how to pass the ball. That’s not happening and the show is suffering. As are his co-hosts, I will repeat CO-HOSTS. Unless someone is telling him to hog the Mike, the show won’t last as is.

Add Carlo Colaiacovo to the list of rising stars on the sports media scene.

12 – 18 months ago I clicked refresh once a week waiting for the 31 Thoughts blog to come out. That second intermission used to be a breath of fresh air in a tired HNIC game too. Now? It’s every day, it’s everywhere. No different than the restaurant or shop that used to have one location you HAD to visit whenever you went to that city, when it comes to your hood you stop going altogether. A trip to Chicago always included The Cheesecake Factory. No matter how long the line you had to go when you were there (like late 90’s- early 2000’s). When I moved to cities that have their own, I stopped going. This isn’t a knock on the hosts. It’s a lack of foresight on the powers that be. Too much is too much. Getting close to that place? Al’s Brother.

If I was running the Fan, the one change I would make immediately is putting Marek in the slot with Kypreos and Bourne. Marek knows how to drive and Bourne is getting better. Kypreos is improving as an interviewer. Not so much as a host.

Still left unfixed, the titling on the pods at Sportnet. Case in point. A recent Brunt/Ennis show was titled something like Mike Tyson knock the biggest upset in sports history? The only problem? that particular topic started at the 39th minute of a 45-minute show. The rest of the show was really good. Why hide the ball? In an era of dying for audience share don’t you want to give the audience a reason to listen?

Which Canadian NHL team is going to be the first to stream their own games as opposed to broadcasting on live radio? I think we will see this next year.

I was at the Kraken/ Maple Leaf’s game last night, play was going on when the arena fog horn sounded. A questionable goal apparently had been reviewed and found to have been an actual goal. Pretty damn cool. A real-time review without the endless waste of time it usually takes. What a novel idea.

Sports betting has taken over the broadcast of sports games. Is this a good thing? Discuss amongst yourselves.

Did you happen to catch Al Michaels on Howard Stern last week? It should be a must listen to the radio for anyone thinking of getting into the interviewing business. Stern admits he knows nothing about sports. However, his ability to listen to answers to his questions and follow up with the same question the audience is asking itself is second to none. At the same time, Ted Koppel on CBS Sunday Morning on losing the Super Bowl was pretty powerful too.

Speaking of Michaels, we are not ready for him to ride off into the sunset quite yet.

It took me forever to get into Yellowstone. Loved it. Now I am watching 1883 and can’t turn it off. I don’t remember ever seeing a list of nominees for an award show like the Academy Awards and not knowing most of the movies nominated before. I hope we all go back to theatres soon.

Didn’t get the site done in time for awards from last year, but Kristen Shilton earned my most improved award.

One of the interesting things to watch as the Seattle Kraken has emerged from the depths for me has been the media coverage. Lots of credit went to the team and the market for being diverse. In an era where sports diversity is constantly under the microscope and everyone is talking about making incision and diversity a priority here in Seatle, it has been. Yet, the Seattle Times for reasons unannounced axed their Kraken beat writer Marisa Ingemi for no apparent reason. By many accounts, this was a result of them triggering an escape clause in her agreement that contained a 6 month probation period. Marisa Ingemi deserved better. She was serving her fan audience and helping to grow it. Someone should snap her up.

If I were running the Athletic, I mean the NY Times, I’d put Marisa Ingemi on the Kraken beat and move Ryan Clark to the national beat. Clark is really good at feel-good national stories and being wasted on the beat where he is not very good. Marisa is good on the day today. A final thought on the Kraken. John Forslund is every bit as good as his reputation. He is working his tail off to bring along his partner J.T Brown is simply dull. It’s interesting, he shows real enthusiasm during his segments and can be quite funny. Doing color on games, he is stiff as a board and beyond boring. The Kraken post-game radio show doesn’t take calls. Fan engagement is through social media and text messages. So odd.