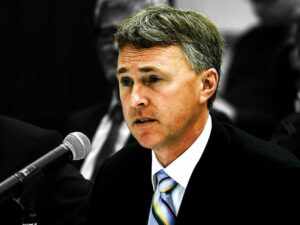 Kevin Donovan is a well-known journalist and reporter for the Toronto Star, one of Canada’s leading newspapers. Throughout his career, Donovan has covered a wide range of topics, from local news to national politics, and has earned a reputation for his thorough reporting and in-depth investigations.

One of Donovan’s most notable achievements is his coverage of the Rob Ford scandal, which involved the former Toronto mayor’s admitted use of crack cocaine. Donovan was one of the first reporters to break the story, and his reporting helped bring the issue to national attention. He also wrote a book about the scandal called “Ford Nation: Two Brothers, One Vision: The True Story of the People’s Mayor.”

In addition to his coverage of the Ford scandal, Donovan has also reported on a number of other high-profile stories, including the case of serial killer Bruce McArthur and the investigation into the death of a young girl named Katelynn Sampson. He is a skilled journalist and has a reputation for his thorough and in-depth reporting.

Donovan’s work has been recognized with numerous awards, including a National Newspaper Award and a Canadian Association of Journalists award. He is also a recipient of the prestigious Michener Award for public service journalism.

Despite his many accomplishments, Donovan remains a humble and dedicated journalist who is committed to uncovering the truth and holding those in power accountable. He continues to work tirelessly to produce high-quality, informative, and engaging journalism for the Toronto Star and its readers.

In this episode of The Pressrow, Jonah talks with Kevin about: