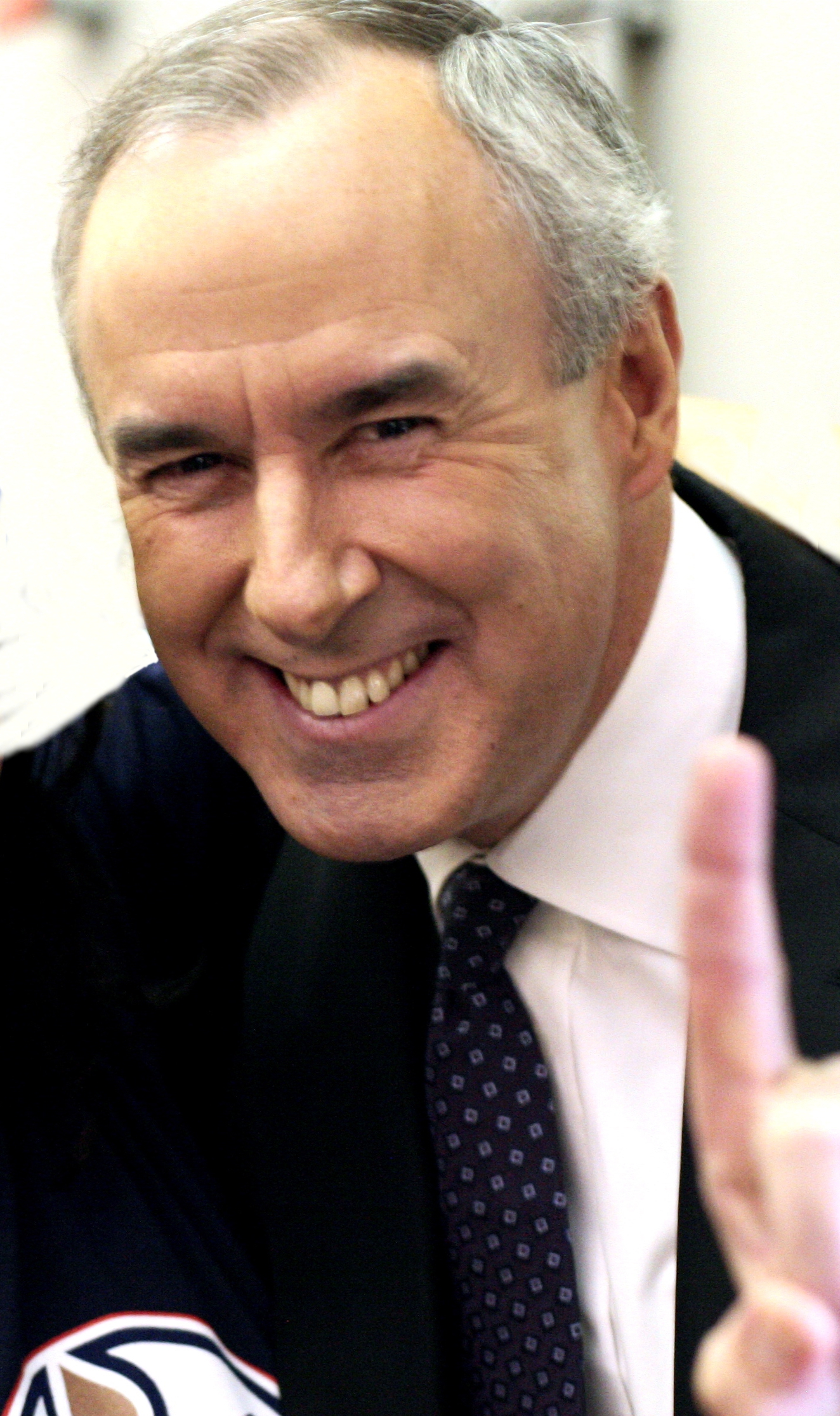 As alluded to in promoting the podcast with Adnan Virk, it’s been too long since I wrote a typical column. When the curtain goes up on the Stanley Cup Finals, many behind the scenes at Rogers will likely be taking a deep breath. Based on the volume of calls, emails, and various forms of other electronic forms of communications I am getting these days, people within Rogers, mostly on the non- “talent” side are nervous, very nervous. All of this could mean that this could be the final time we see Ron MacLean as the host of Hockey Night in Canada for Rogers Sportsnet as big changes at Rogers are feared by those inside and outside the business.

We hear from people all the time, especially this time of year so that’s not new. What is different this year is the heightened level of concern and deep level of change that many are expecting. The changes I am hearing about don’t necessarily mean that the people we see on TV or hear on the radio are going to change, but everyone else around them seems anxious, and this time with good reason.

In and of itself, the ever-changing consumer landscape and the impact on the audience was a pre-pandemic factor. The world’s shift from cord-cutters to cord-nevers was already being influenced by an aging demographic away from traditional tv consumption and radio. The high cost of the NHL deal is and was a factor pre and now post-pandemic. This year’s Maple Leaf’s failure to advance beyond the first round did not help, nor did the absence of a Canadian franchise in the finals. The pandemic was a factor, but there were other factors present as well, such as inflation, the Ukraine conflict, etc.

The mere existence of any of those factors would be cause for concern among a media organization’s staff. Together and you can imagine the level of concern. However, it is the one factor alone that continues to drive the vast majority of the banter and it is one that many people outside the four walls likely aren’t aware of. It is the proposed Shaw deal that has many insiders worried the most. Sources within Rogers believe that to get the ducks in a row, jobs need to be eliminated at Rogers to accommodate a specific number of bodies that will be coming over from Shaw per the proposed deal terms with Shaw. Similarly, the acquisition contemplates Rogers having to cut costs to assume some of the debt from the deal. Therefore, while people tend to be nervous this time of year, they’re much more so than usual with the contemplated deal out there even though it’s strictly a telco deal and has nothing to do with media itself.

Additionally, there is a theory amongst many sources that those brought in under the new(ish) regime believe that the organization is much too top-heavy at the director level. Many managers who typically are very responsive to their teams and staff have gone silent, especially on the topics of the future, budgets, and organizational structure, causing heartburn and concern, furthering the belief that deep change is imminent.

So, what does that mean to the stuff that you care about?
Well, if my sources are to be believed, I think that when the cup is handed to this year’s champion it will be the last time you see Hockey Night the way you’ve seen it this year. There are simply too many people opining that change is imminent to believe it’s just noise. I believe that this is likely Ron MacLean’s last year as the full-time host of Hockey Night in Canada. I believe that the decision to part ways will likely be amicable with Ron’s hosting gig having run its natural course. He survived the Don Cherry ending, carried through the pandemic, and hosted through what feels like a ton of hockey over the last couple of summers. As one insider told me, “Both sides agree it is a good time to call it a day.”

No one will speak on the record right now about this. Nor will anyone provide any concrete insight into who might be hosting should my sense be right that this will be the end of the line for Ron MacLean as host of Hockey Night in Canada. There are certainly those who believe it could be David Amber. However, there are some, I am told within Rogers who believe that the show is in desperate need of a complete overhaul and that it’s just too tired. So who could be hosting should Ron no longer be in the seat is anyone’s guess. What about the others in the studio? Id’ be surprised if there were too many on-air personality changes for no other reason than the mighty dollar.

One thing to keep an eye on in the future I am told is the continued use of Fan 590 personalities across the platform, especially on hockey night. Utilizing staff who are paid to perform one duty and not pay them incrementally more to appear on things like Hockey Night is a past practice that didn’t bode well and resulted in ruffled feathers and departures. Doing so again is a clear sign of penny-pinching.

At that same time, the popularity of the product on this side of the border has not been lost on many in the game, especially those in the league office. Team TNT has done an amazing job with its product. It’s one thing to hit a homerun with segments with Gretzky and Coffey before the Oilers game in Edmonton the other night. However, watch how much stronger Jennifer Botterill is on the American broadcasts as opposed to on Rogers, as just one example. So, there are grumblings about the quality of the product for the first time in a long time amongst those within Rogers that I haven’t heard before too. Those things will likely lead to change too.

Kevin Bieksa has emerged as a bright light with the younger core target demographic. If changes are made on the talent side, I’d first look at the almighty dollar, as that will carry the day in my opinion and then second I think the eye will be on trying to win a younger more diverse audience. 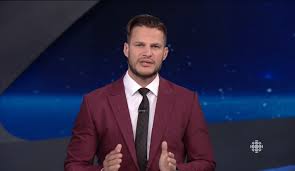 Many of you are constantly complaining about the volume of and (poor) quality of sports betting content these days. I hear you on the one hand and don’t buy it on the other. For all the reasons I listed above, these companies are dying to find new revenue streams wherever they can. Gambling is new, and the smart money is that there is gold in the hills there. I don’t blame the networks for mining there. The same people complaining about all the betting content are the same ones who don’t want to pay anything for any content at all. So, I don’t have a problem with the amount of content. What I don’t get is the middle of the road, not in or out, quality of content being thrown down our throats across the board right now. It’s pretty brutal. It appears that those creating it haven’t spent one minute trying to decide who their target audience is, nor delivering content to that demographic. It is that simple. 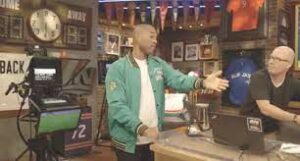 If you are going to take a big swing at gambling (which clearly they are), go for it. Start to educate the audience and utilize some of the stats you have and teach the fundamentals in a smart and fun way. One thing I think they’ve done which is unfair is throwing Andy MacNeil under the bus. I mean the poor guy may be a gambling genius but he is uncomfortable in front of the camera and it shows. Needless to say, I expect to see a refreshed gambling angle in the fall too.

On the radio side, there is a ton of speculation about the future of SN650 and SN960, both of their respective NHL rights deals end after the NHL draft this year and thus far there have been no announcements about extensions. On the fear side, of course, there is concern the stations will be transferred away from sports. I have not heard anything concrete. While not radio specific, this is perhaps a sign of investment in listening out west that we can feel good about?

Now #hiring for a Head of #Podcasting and @pacificcontent. We are looking for an inspiring and ambitious leader for our podcasting business and to sit on the News & Entertainment senior leadership team. Please apply online. I can’t wait to meet you! https://t.co/a0abtY4NJ7

Despite not having a Canadian team in the finals, it will be an exciting matchup between two powerhouses. The ratings thus far indicate that you are unlikely to tune in just for that, which is discouraging. You might tune in due to the possible nostalgia and the possibility of change as it appears that things could be changing and maybe you would like to experience things one last time. This could very well be the last time you see Ron MacLean as host of Hockey Night in Canada. Will have more in the coming days and weeks as we learn more.

11 Replies to “Are Big Changes Coming To Rogers & Hockey Night?”